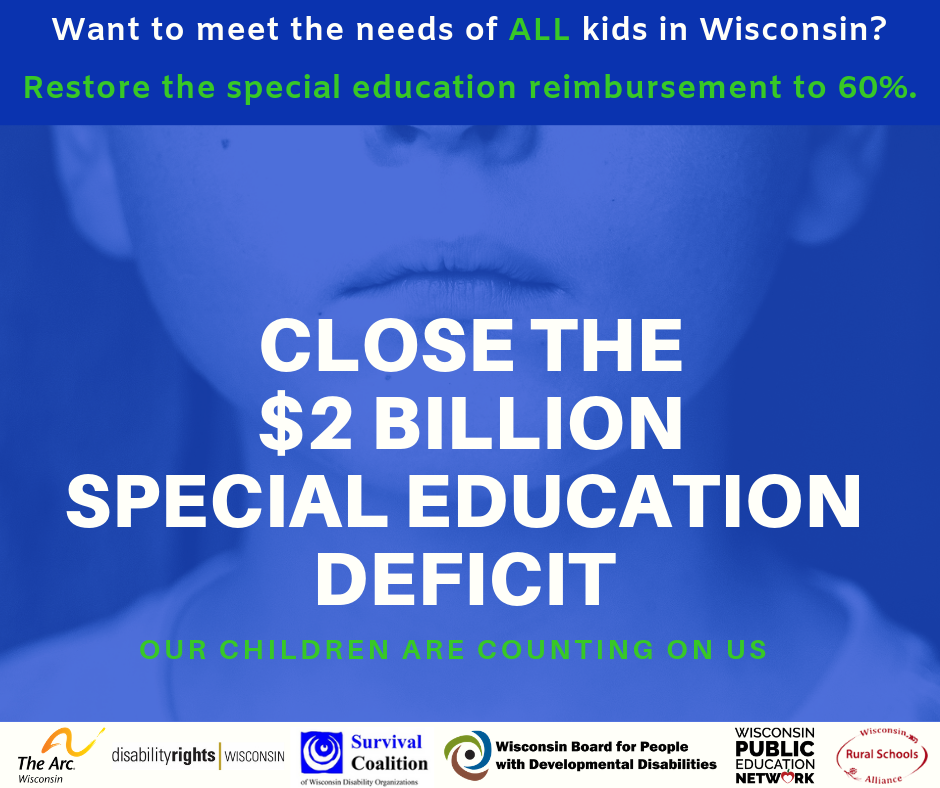 A memo from the State’s Legislative Fiscal Bureau confirms that the state legislature is passing a more than $1 billion annual funding shortfall on to local schools.

The $2 billion plus shortfall each biennium shifts costs to schools as the state’s percentage of reimbursement commitment has fallen year after year.

By failing to support students with disabilities the state fails to take seriously its constitutional responsibility and has forced local school districts to fill in budgetary holes with funds from other sources.

The budget proposed by Governor Evers takes the responsible step of reasserting the State of Wisconsin’s support for students with disabilities and deserves the full support of the legislature.

We call on those in state government to honor the State’s constitutional obligation to support all students and to support the 60% reimbursement proposal that is included in both the Governor’s Budget and within the recommendations of the report of the legislature’s Blue Ribbon Commission on  School Funding.

Wisconsin Board for People with Developmental Disabilities 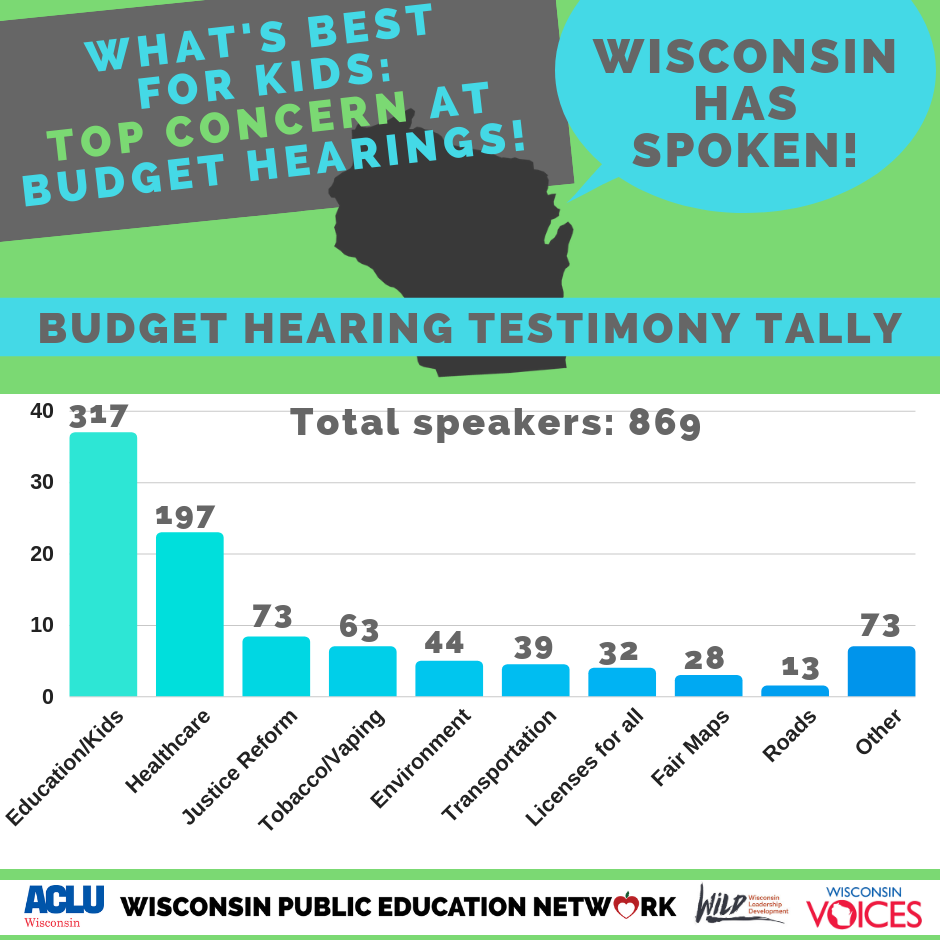