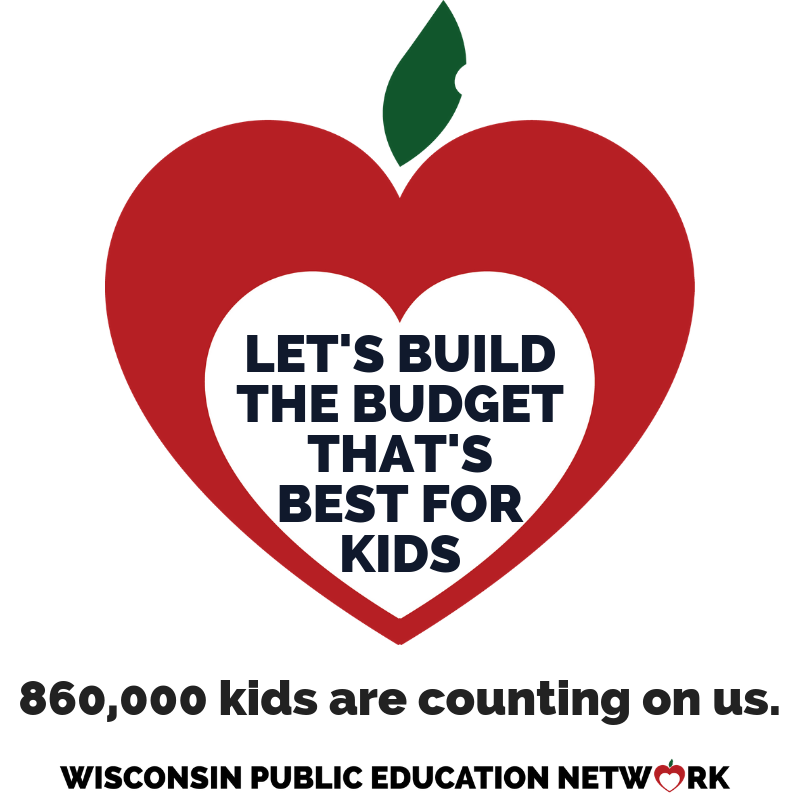 Everywhere we go around the state – at town halls, at public hearings, in our hallways and at the Capitol – we hear the same thing: these programs are having a direct negative impact on the children in our public schools. We are starving the majority of our kids out of desperately needed resources to fund a program that allows children who already attend private schools to attend them on the public dollar. Both voucher schools and independent non-district charters drain much-needed resources from public schools districts without being subject to local control.
Meanwhile, the needs and responsibilities of our public school continue to increase and both political parties in our state agree that the current funding system is inadequate to meet students’ needs. The people of Wisconsin have long been saying this isn’t right, and it’s high time their voice was heard and respected by elected state leaders.

The Governor’s proposal is a signal that the era of playing politics with our kids and their schools may finally be over.

The Wisconsin state legislature has never put vouchers to an up/down vote. Every

program under this umbrella has been passed (and often expanded) without public comment through late-night and last-minute legislation as part of a larger budget package. Meanwhile, polling tells us Wisconsinites would rather see their taxes go up than more cuts to public schools. We simply can’t afford to play these political games at the expense of our children.

The taxpayer funded private voucher scandal is nearing its 30thyear of sending funds to unregulated private schools and failing to improve outcomes for students. The results are as clear as the math: vouchers and independent charters cost Wisconsin $274,003,172.65 in 2017-2018 alone, and our public schools are paying the price.

Governor Evers’ proposal to put the blank check for vouchers and independent charters on hold is one that aligns with both the demand of the public and the needs of our children. We call on members of the state legislature to follow his lead and do what’s best for our kids and our communities.

Wisconsinites have long been saying “enough” to an unaccountable system we can’t
afford. Let’s come together to reinvest in the schools our Constitution requires us to serve – 860,000 children are counting on us.